Top > About the Embassy of Japan in Trinidad and Tobago

About the Embassy of Japan in Trinidad and Tobago 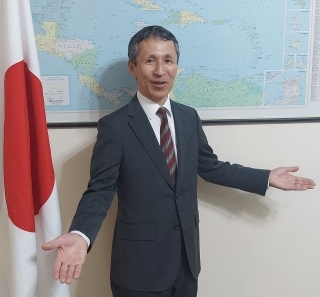 Welcome to the website of the Embassy of Japan in Trinidad and Tobago!

My name is MATSUBARA Yutaka, and I assumed the post of the Ambassador of Japan to the Republic of Trinidad and Tobago in February 2022. I was previously attached to the Ministry of Land, Infrastructure, Transport and Tourism as well as Mitsubishi Heavy Industries, Ltd.

Trinidad and Tobago is a beautiful island nation in the Caribbean. While this country is famous for its carnival and steel pan, its development has been focused on its abundant oil and natural gas resources. Japan established diplomatic relations with Trinidad and Tobago in 1964, and will mark the 60th anniversary of diplomatic ties in two years.

Japan’s relationship with the CARICOM, including Trinidad and Tobago, has substantially developed especially after the visit of former Prime Minister Shinzo Abe to Trinidad and Tobago in 2014. The business activities of Japanese companies are also increasing in the fields of energy, water and other sectors, while the Government of Japan has pursued international cooperation in the fields of disaster prevention, environment, fishery and education, as well as healthcare, including the response to COVID-19.

Aside from sports and cultural exchanges, such as Japanese speech contest, Kendo tournaments and the introduction of Japanese cuisine, Japan continues to enhance ties with people-to-people exchanges through the Japan and Exchange Teaching (JET) program and Japan’s MEXT scholarship program.

We are committed to doing our utmost to further enhance our superb relations in many areas through such activities. I humbly ask for your kind support and cooperation to do so.

Ambassador of Japan to the Republic Trinidad and Tobago

The Government of Japan established diplomatic relations with the Republic of Trinidad and Tobago in 1964, just two years after the twin isles had attained their Independence on August 31, 1962.

The years that passed saw the growth of cordial relations between the two countries, during which time the Japanese Government also established diplomatic ties with eight other Caribbean countries. In order to solidify its relations with these gems of the Caribbean Sea, the Embassy of Japan was officially founded in 1979 in Port of Spain, Trinidad.

As a result, in addition to serving the needs of Japan and Trinidad and Tobago, the Embassy in Port of Spain is concurrently accredited to the islands of Antigua and Barbuda, the Commonwealth of Dominica, Grenada, Guyana, St. Christopher and Nevis, St. Lucia, St. Vincent and the Grenadines and Suriname.

From its base in the capital city of Tokyo, the Japanese Government has been able to cultivate close relationships with the various countries, thus accomplishing its objectives to (i) strengthen the ties of friendship and mutual understanding through co-operation in matters of bilateral interest, and in issues of regional and international importance, (ii) promote cultural and educational awareness, and (iii) assist with the interests of both Japanese nationals and the citizens of the respective island states. 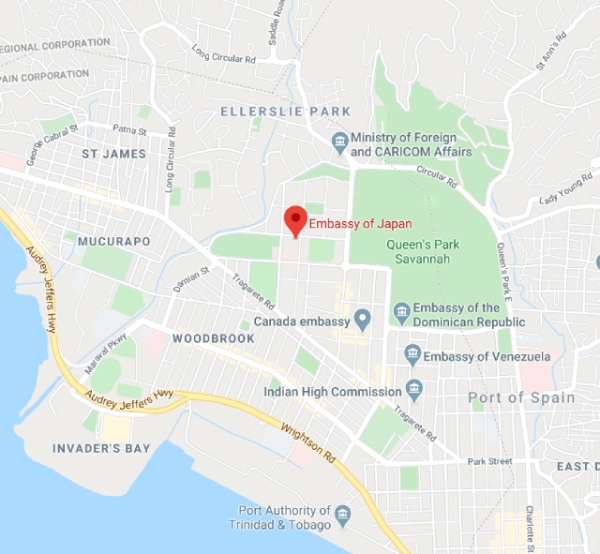 
6. Embassy Holidays
Please click here for the Embassy holidays in 2022.