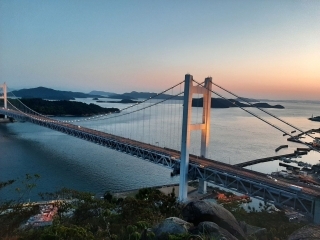 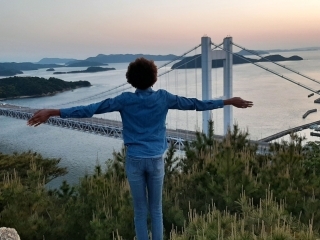 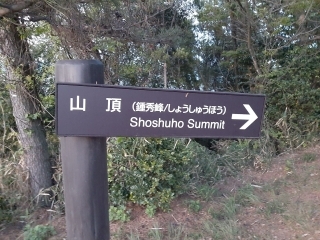 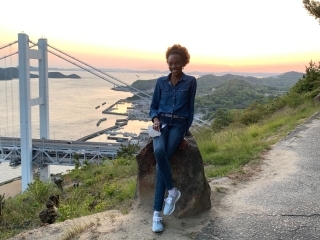 As I perched on the large rocks at the summit, I spread my arms and quoted the lines from one of my favourite movies, Titanic, "I'm flying Jack, I'm flying". I took a deep breath, in and out, then again, recovering from the sprint up the mountain. Moments before, we were racing through traffic trying to catch the sunset before its daily departure. Now in this moment, I could appreciate the view from Mt. Washuzan, Kurashiki City, Japan. Washu (鷲羽) means eagles' wings, zan (山) means mountain and Tenboudai (展望台) means observation deck/platform.

From Mt. Washuzan, one can have a 360 degree view of the scenery of Setonaikai National Park, Japan's first national park. As you approach the summit, the Seto Ohashi Bridge fills your gaze. My first thought was that it was much bigger in person than I had imagined. The Seto Ohashi Bridge has a history that requires its own post. However, to simply mention, it is the longest two-tiered bridge system in the world. It connects Okayama Prefecture with Kagawa Prefecture.

In addition to the view of the Seto Ohashi, Mt. Washuzan overlooks the Seto Inland Sea, which has several islands dotted all around. At this altitude, the sunset is spectacular. The twilight is also equally picturesque. You just want to enjoy the moment as the sun sets and night takes its place without hesitation. At that moment, I was in a state of ecstasy. However, the temperature gradually indicated that it was time to go home. But of course, I had to take some final pictures.

Here are a few pictures that I captured that do not do justice. Enjoy. Until then, sayoonara!