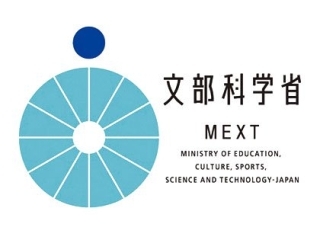 
The Government of Japan (MEXT: Ministry of Education, Culture, Sports, Science and Technology, also known as MEXT, Monbu-Kagaku-Shō, is one of the eleven Ministries of Japan.) offers scholarships to foreign students who desire to study at Japanese universities as postgraduate / research students every academic year. Successful applicants receive round-trip airfare, exemption from school fees and a monthly allowance. Nationals of Antigua and Barbuda, Dominica, Grenada, St. Kitts & Nevis, St. Lucia, Guyana, Suriname, St. Vincent & the Grenadines and Trinidad & Tobago are all eligible to apply in the current fiscal year for this prestigious scholarship.

Prospective students must be under 35 years of age, and must have an undergraduate degree in the relevant field. Application forms are usually made available in April, for departure the following year.
MEXT Scholarship Program 2023


All applications must be mailed/hand delivered to:


Open to Research / Postgraduate Students Only


* Only shortlisted candidates will be acknowledged.
** Please print all forms in A4 size or Letter-sized paper ONLY.

MY TIME IN JAPAN

I had spent the past 6 years of my life at St. Anthony’s College in Diego Martin. Those years were a lot of hard work, but it was fantastic as I had a great team of staff and students to work with. In fact, I had come to learn of the MONBUKAGAKSHO Scholarship through my work with the UNESCO club of my school. I am quite interested in learning about other countries and cultures, and looked this as a way to experience all aspects of a culture very different to my own. Just a few months after applying and being interviewed, I was notified about my being chosen for the MONBUKAGAKSHO Scholarship, to do my Masters in International education. I was quite lucky to have received such an opportunity. Needless to say, I was both afraid and excited, especially since it would be my first time living and studying so far away from home.

On April 6th 2004, I arrived in Narita International Airport in Tokyo, about to begin an unforgettable experience here in Japan. When I arrived at the Dormitory here at TOKYO GAKUGEI DAIGAKU (TOKYO TEACHERS’ UNIVERSITY) I was greeted by courteous Japanese House-Staff, and the following day I was taken to process all my documents. I was impressed when I first saw the University and I met my Professors who were also excited to meet the 2nd Trinidadian to attend this college.

It was hard work studying Japanese, as, unlike Romance languages, there is a completely different writing and counting style, but I survived nonetheless. In spite of the hard work, I also had such a good time exploring Tokyo, and learning all aspects of this nation, blessed with much rich cultural history. Besides learning the language, I also learnt about many of the customs (such as the correct use of “Hashi” (chopsticks) and how and when to bow) and festivals here such as the “Obon Odori” festival, “Tea Ceremonies” and Cherry Blossom viewing during the spring season. Like so many foreigners before me, I’ve also had the experience of tasting many Japanese dishes. Although not prepared like Trinidadian food, a lot of it is quite tasty, such as TEMPURA, NABE, SHABU-SHABU and the well renowned SUKIYAKI.

I made many new friends, and I also got a chance to practice both my Japanese and even Spanish with the Spanish-speaking students here. I’ve met students from neighbouring countries like Venezuela and Haiti, and from as far as Myanmar (Burma), the Philippines and Indonesia. My experiences also brought me to the Japanese classroom, where I had the opportunity to educate Japanese Primary and Secondary school students about Trinidad and Tobago.

During my time here, I was also able to visit such famous places as The MEIJI - JINGI SHRINE, KAMAKURA, KAWAGUCHIKO (to see Mt. Fuji during the Spring Flower Festival) OSAKA, NARA, NIKKO, THE IMPERIAL PALACE and NATIONAL DIET and YOKOHAMA. There is so much to see and many things to do, that I must divide myself equally between my responsibilities and my visits.

Japan so far has been an eye-opening experience, and I have learnt a lot during my time here. This has been a marvelous opportunity to grow as a person and my experiences thus far, have been unforgettable. I know I have much more to see and learn. My name is Kimberlyn Bacchus and I travelled to Japan via the MEXT Scholarship to pursue a Master’s degree in Architecture and Urban Design. I lived in Tokyo for 3 years- one year as an independent researcher studying traditional and contemporary Japanese architecture and two years as a full time graduate student at Meiji University in the International Program in Architecture and Urban Design. My course was offered in English so I had no difficulty attending classes and maintaining the high standards that I set for myself for my academic career. The courses were very interesting and informative, and having lecturers who were all active experts in their respective fields resulted in very relevant projects and activities. There were also many international workshops, allowing me to work with fellow students from around the world. I especially enjoyed being at the Nakano Campus where there is the popular Broadway and Sun Mall.

I have had an interest in Japanese culture, traditions and design for as long as I can remember so I took full advantage of the opportunity of living there and tried to experience everything that Japan had to offer. My particular interest in architecture led me to visit notable buildings in Tokyo- such as the 1964 Olympic Gymnasium in Yoyogi by Kenzo Tange, and also buildings in Yokohama, Kanazawa, Kyoto, Osaka and many other places. In addition to notable contemporary and modern architecture, I took every opportunity to visit temples to observe the beautiful craftsmanship. I also witnessed, and sometimes participated in, numerous festivals. My favourite festivals were the Roppongi Bon Odori, the Aomori Nebuta, and the Edogawa Fireworks festival where I wore yukata along with my friends.

I made many friends from Japan and other countries, many of which I am still in contact with to this day. Some of these new friends were made at school, while many others I met at different activities, such as English Teaching Camps, trips to various towns, climbing Mt. Fuji and even at Zumba exercise classes. Tokyo was constantly bustling with activity so there was always something new and exciting to do or see and new friends to be made while doing so. I also taught English to some kids on Saturdays, befriending my students and fellow teacher as well. I had learned enough Japanese to be able to shop and explore and have basic conversations so I never hesitated to go outside and see what was happening. I lived in Odaiba, an area known for malls, amusement parks, concert halls and general entertainment, at the Tokyo International Exchange Center so there was excitement almost every day and an amazing boardwalk with views of Tokyo Bay that was so serene at night.

I would encourage anyone who wishes to further their studies to apply for the MEXT Scholarship and study in Japan. The costs covered and the stipend provided by the scholarship was more than sufficient for living comfortably as a student. One of the most amazing aspects of this scholarship is that there is no limit to what subjects you can study. Also, there are several schools in Tokyo offering degree programs in English so you don’t have to worry too much about the language barrier being a problem for your studies. My experience in Japan with MEXT was absolutely life changing and I truly enjoyed living there, I am sure you will have a great time as well.